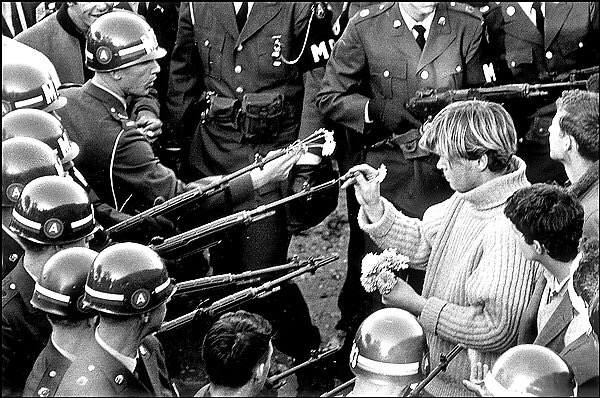 The other day I was at the park and I overheard a mother scolding her boy for repeatedly saying “poop” and “pee”. I have also heard parents scolding their children for saying “butt” and “penis”, telling them that those are not nice words to use and they’re “very naughty”. Ummmm last time I checked- those are anatomically correct names of body parts. What’s so wrong about that?

These are the same moms who think it’s totally fine for their kids to run around and play with pretend guns and pretend to shoot each other and tell each other, “I am going to fucking kill you”. Okay minus the fucking part of course. Ummmm people were shot down and killed in Paris last week. More people are shot up around the world daily. As I write this blog. As you read this blog. Oh right. But “penis” and “fuck” are bad bad evil words.

These also are the moms who think that letting their children play semi-violent video games is totally acceptable because, “it’s part of being a boy, it’s part of growing up. They are just playing.”

These are also also the type of moms who religiously read “Hands Are Not For Hitting” and “Teeth Are Not For Biting” as soon as little Johnny’s preschool teacher told them that he was being “aggressive” during block time.

It is these types of moms that I absolutely want to throttle for being so ridiculously backward in their logic and for setting a totally fucked up precedent for their children. Accept gun play. Reprimand the use of “potty words”.

Just like we, as a modern day society, have abolished the, “don’t wear white after Labor Day” ‘rule’- the whole idea and term “potty words” and “potty talk” needs to also just fucking spontaneously combust and go away. What fucking century are we living in?

Oh i’ll tell you what century.
A really really practically irreparable century filled with egotistical sexist insecurity-driven ego wars that end in senseless deaths, wars (over intangible shit) and an overall acceptance of violent gun culture that pervades our media. And the hearts of our little boys.

So what’s the problem if Johnny wants to run through the house screaming, “butt penis”?
And what’s the big deal if I sometimes let out an odd “fuck” or “shit” in front of my kids? Right. There is no deal especially in comparison to the crazy shit out there.

This little observation of mine is simply indicative of how these parents have been mindlessly brainwashed into thinking that body part names are the Devil, and guns are God.

Fortunately this is not the case in our home. My kids know where I stand on this.
Although yes, we try to curb the use of their favorite words -butt penis boob face- in any combination thereof- because it just gets so fucking annoying after hearing anything for the fiftieth time- I am so beyond, to the moon and back, proud when Julien carefully spells out the words, g-u-n and k-i-l-l with a sense of embarrassment and hesitation.

“Mom those kids were playing g-u-n-s so I’m going to play with that boy instead”.

Trust me, he’s as boy as boy can be.
But it’s my goal to raise a boy that is “mindful”. A boy who sees the logic in things on his own- rather than what culture tells him to see. And so far. It’s working. For now.

Fingers crossed into the future.

iThere are no comments

Begin typing your search above and press return to search. Press Esc to cancel.